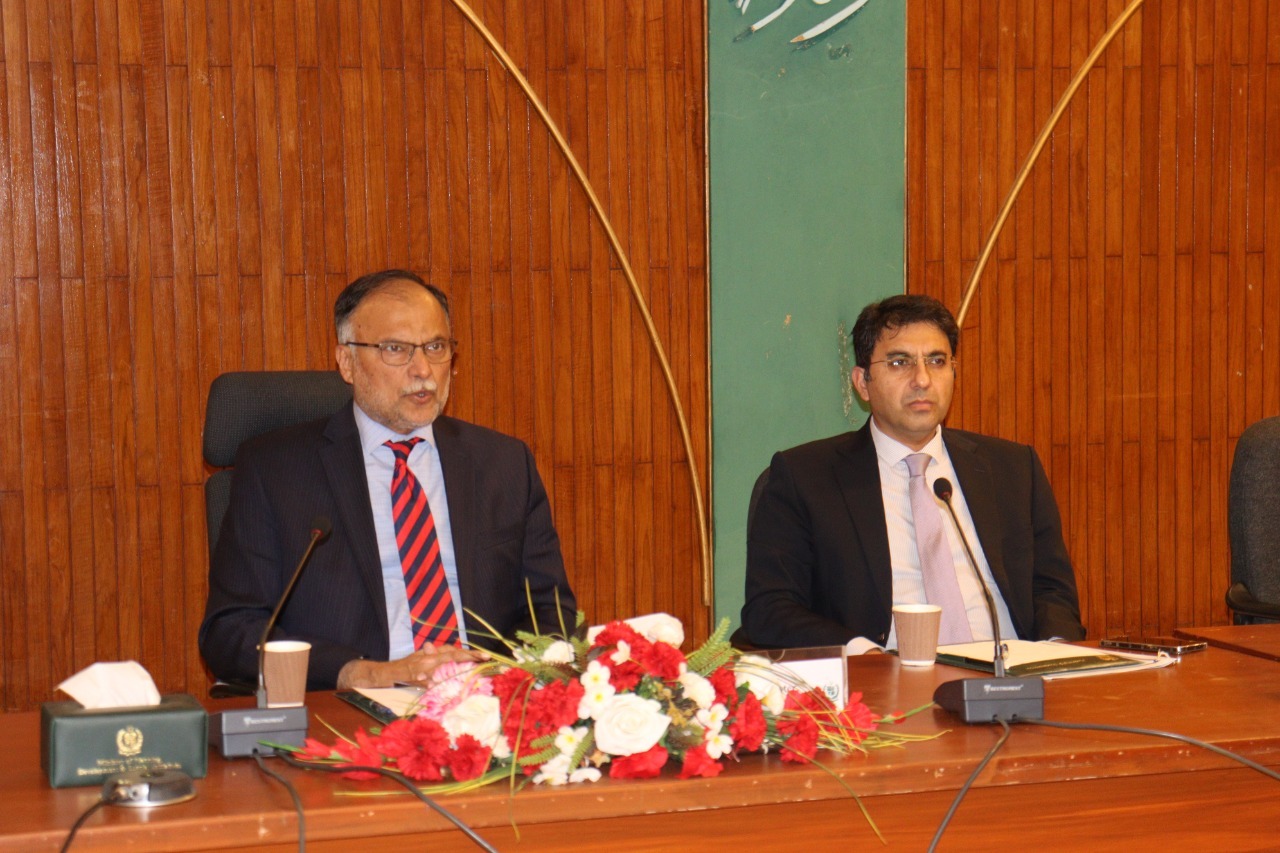 The 11th JCC was held in October 27, last month co-chaired by the Professor Ahsan Iqbal & Vice Chairman National Development & Reform Commission (NDRC), China Mr Lin Nianxiu in which both the sides had agreed to speedup CPEC projects and subsequently several MoUs were signed during the recent visit of Prime Minister Shahbaz Sharif to China.

The Minister directed the officials to expedite the implementation of ML-1 and KCR projects which were agreed in the 11th JCC and remove all the bottlenecks in this regard.

CPEC is a vital national project, which has transformed the relation between the two countries into a strong economic partnership, said the Minister, adding that the next phase of CPEC envisages the development of industrial cooperation.

He directed concerned ministries to speed up work on Special Economic Zones SEZs for attracting share from relocation of Chinese Industry to Pakistan with low cost of production.

Ahsan Iqbal also directed the officials to coordinate with the Chinese authorities for the early completion of International Gwadar Airport. “The Gwadar International Airport should be functional before June 2023, ” said the Minister, while directing the relevant stakeholders to engage their counterparts in China so launch could be ensured timely.