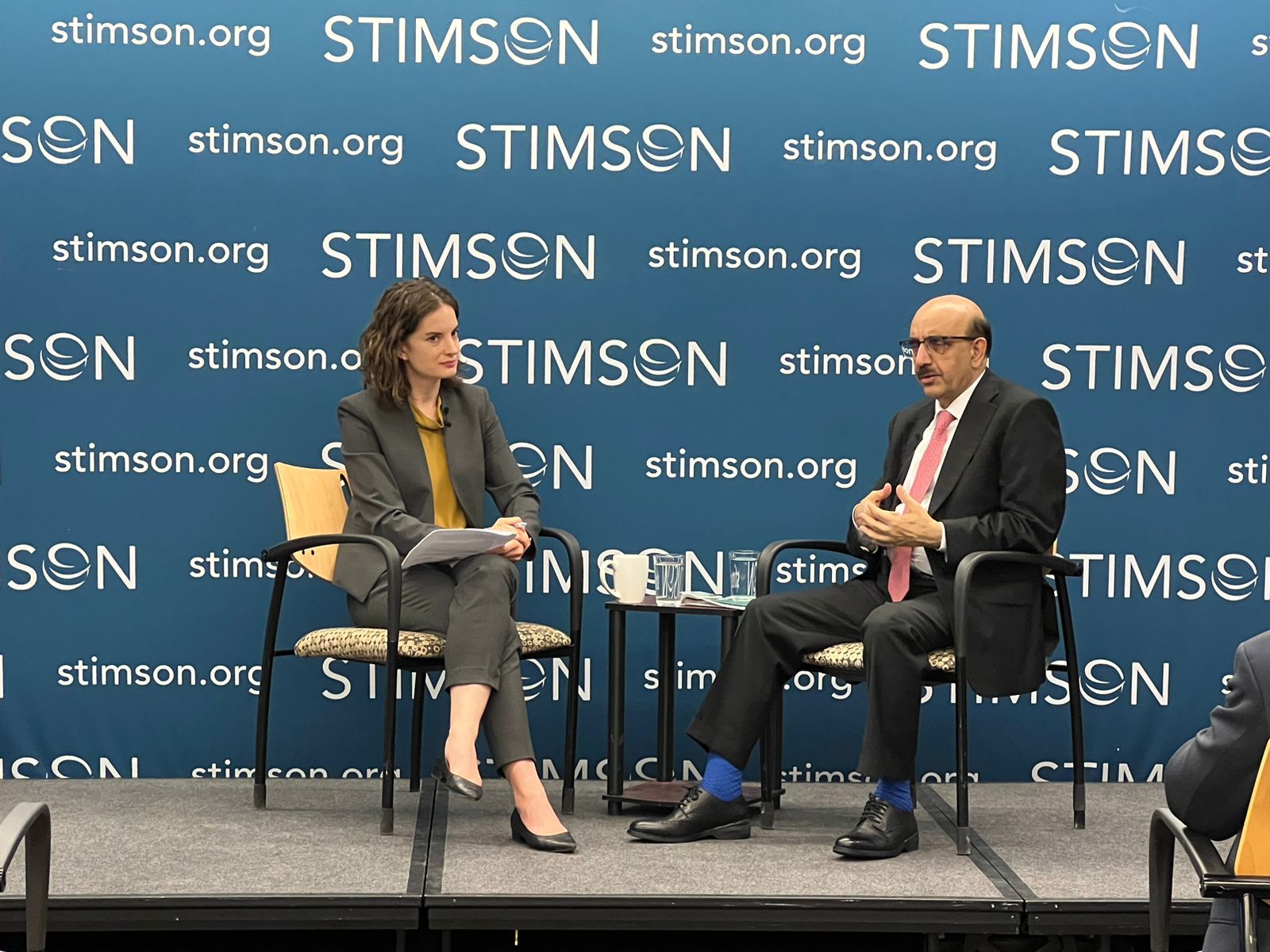 “We will expand our partnerships in the economic realm; promote trade, investment and businesses; and enhance cooperation in the energy, health, education, climate change and agriculture sectors,” he continued.

Ambassador Masood Khan made these remarks during a special discussion on ‘The Road Ahead: U.S.-Pakistan Relations and Regional Dynamics in 2023’, organized by renowned US think-tank Stimson Centre in Washington today.

“The relationship must have economic sinews and currency. The political climate is ripe for that kind of cooperation in 2023,” he said.

Sharing his thoughts on regional and international developments, Masood Khan foretold the audience that geopolitical situation in 2023 would continue to be complex, without radically undermining existing interdependencies. “The developments in and around Ukraine have, however, increased ambiguities and disrupted the familiar fault lines in Europe,” he said.

“We hope all nations would use strategic pragmatism to resolve problems and promote geo-economic connectivity to spur shared prosperity. Bloc politics in this day and age will imperil world peace. Above all, we must continue our quest for international rule of law and justice. We hope that nations would rather cooperate and compete, and avert conflicts, to fulfill their obligations under the UN Charter,” stated Pakistan’s top envoy to the United States.

On Pakistan’s relations with the United States and China, Masood Khan said that Pakistan applauded the statesmanship demonstrated by the US and China to engage each other whenever tension arose. “Economic codependency between them seems to be the norm.” The Ambassador said that Pakistan would not like to choose between the two countries but be a bridge, if feasible.

Stressing upon the need for composite dialogue and resolution of all issues between Pakistan and India, the Ambassador warned that absence of any dialogue or communication between India and Pakistan was hazardous.

Discussing recent calamity wrought by erratic climate change in Pakistan, the Ambassador thanked the United States for its generous humanitarian assistance of $97 million for flood relief and said that we “deeply appreciate the assurances that it will be a partner in our climate-resilient, inclusive and people-centered post flood recovery and rehabilitation strategy.” The Ambassador said that the country would leverage the United States’ convening power to mobilize support for rehabilitation and reconstruction in the Donors’ Conference next month in Geneva.

During the discussion, Masood Khan also highlighted the strengths and existing economic opportunities in Pakistan that provided a solid base to build on future trajectory of Pakistan-US relationship. Noting profitable business ventures of eighty US companies in Pakistan; the US being the largest export market and the exponential growth of tech-startups in Pakistan, the Ambassador said that those were the good foundations to scale up Pak-US ties in 2023. “We would consolidate the processes we have advanced in 2022. We look forward to an early ministerial meeting of the Trade and Investment Framework Agreement, further cooperation in the health sector especially in the field of disease surveillance, development of weather-resistant seeds under the banner of the Green Alliance launched by the United States and joint ventures for renewables and green technologies,” he continued.

“Pakistan is a nation with destiny. Given its economic coordinates and cohorts, the World Bank and Goldman Sachs, among others, see Pakistan as one of top global economies by 2047, when it will turn 100. The World Economic Forum (WEF) has in fact projected Pakistan to become the 7th largest economy by 2030. The Goldman Sachs has in its latest research report showed Pakistan economy as the 6th largest in 2075,” said Ambassador Khan.

Reiterating the importance of relationship with the United States, Masood Khan said that the two countries needed to increase the bandwidth, on both sides to give the right rhythm and frequency to their relationship.
Ends.