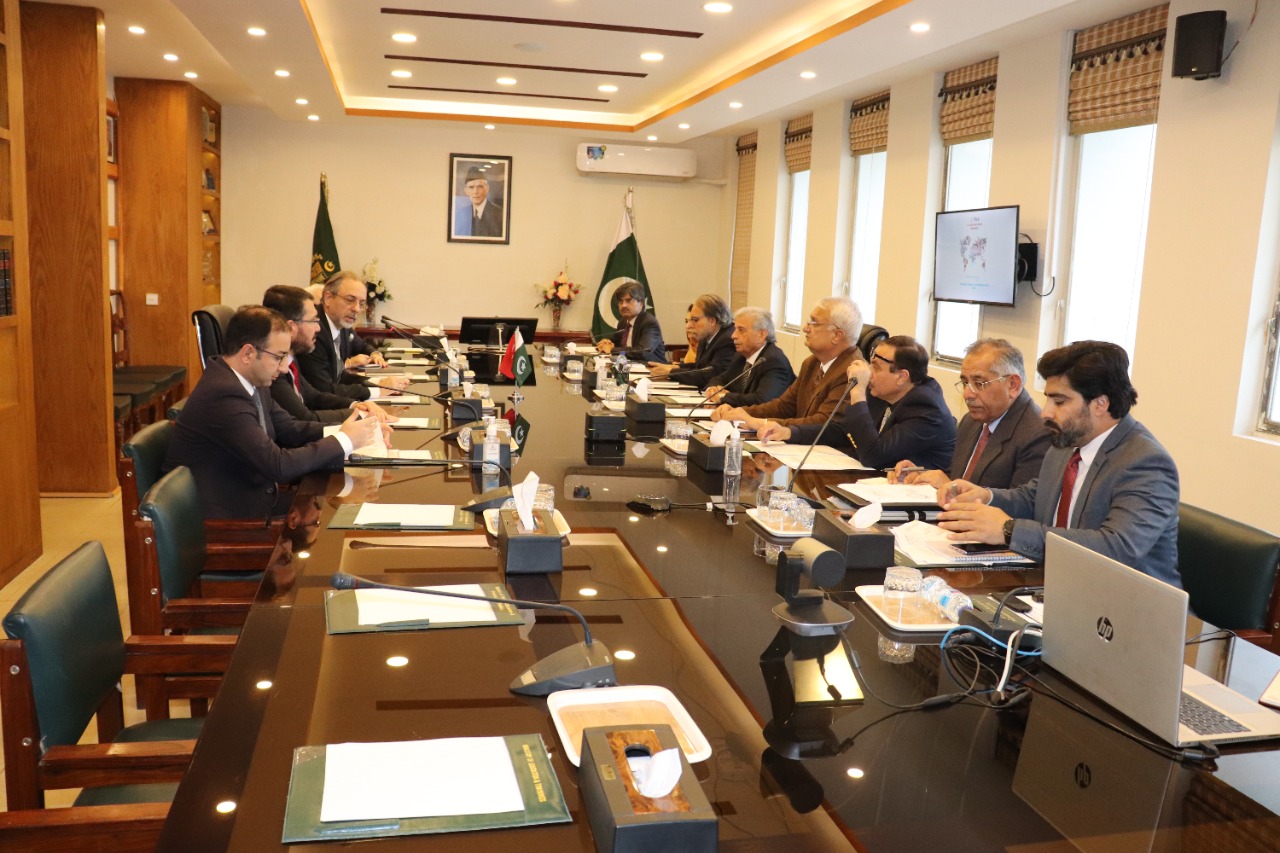 Islamabad, A high powered delegation let by the Ambassador of Republic of Türkiye to Pakistan H.E Mr. Mehmet Paçacı called on the Federal Minister for Federal Education and Professional Training Rana Tanveer Hussain in his office today on 15th December, 2022.

Rana Tanveer welcomed exchange of teachers and students to further mutual cooperation especially for Skilled Vocational Training. He said that there is significant potential in cooperation between the two countries. Minister said that Pakistan will increase its scholarships for students to go to universities in Türkiye to enhance people to people love and cooperation.

Ambassador of Republic of Türkiye to Pakistan H.E Mr. Mehmet Paçacı said that People of Türkiye have deep affiliation with Pakistan. He said that University to University cooperation and Technical Institution to Technical Institution collaboration is the way forward. He briefed the minister about the multiple on going projects by the Government of Türkiye under Turkish cooperation and coordination Agency (TIKA). The projects cover a wide range of socio-economic aspects. He was told that TIKA completed 20 such projects in 2022 alone.

Minister was briefed about the various on going projects such as development of an Incubation center at QAU, establishment of Ultrasound ward and solarization of DHQ at D.I.Khan, establishment of fashion design and culture centre in GB, Upgradation of medical equipment for Thalassemia patients in various hospitals, establishment of mobile health units in rural Sindh and Balochistan in addition with numerous primary and secondary schools that have more than 13,000 students enrolled.

Both delegations agreed to revive the Pak Turk Mobility grant Program which will enhance exchange of teachers between the two countries. In addition with that construction of Centre of Hosptality at NSU will also take place.

Rana Tanveer Hussain said that the future is in Vocational Training of the population of Pakistan. He said that it provides the best opportunity to the people to find jobs. He said that Pakistan and Türkiye through NAVTTC should exchange teachers and students to learn from the expertise of each other.