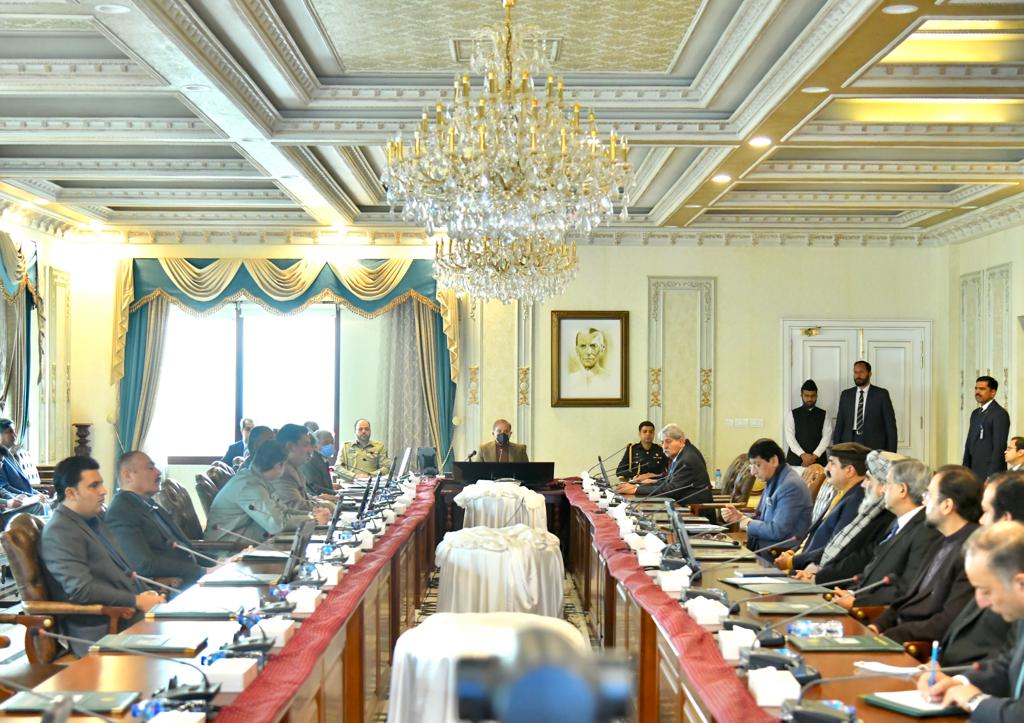 ISLAMABAD, The Federal Cabinet on Tuesday directed to work out a comprehensive strategy in order to avert prolonged power outages in the future by rectifying the faults in the national grid system.

The cabinet, in a meeting chaired by Prime Minister Shehbaz Sharif, also approved a nationwide public awareness drive about the conservation of power, water, and gas to sensitise the people to the preservation of natural resources.

It called for the inclusion of the subject of best international practices on energy conservation in the educational curriculum. It was told that energy conservation efforts at the public, private, domestic, and commercial levels would help reduce the import bill of petroleum products, which had increased remarkably during the last seven years.

Besides, the behavioural changes would also save foreign exchange worth billions of dollars and reduce the electricity bills of individuals by 30 to 40 percent.

The prime minister, expressing annoyance over the widespread power breakdown on Monday, said the inconvenience caused to the people was unacceptable and would not tolerate such happenings in the future.

He called for fixing the responsibility of the power outage, which had caused difficulties for the masses as well as the business community. He also directed to identify the factors behind the power breakdown and take necessary measures to prevent its recurrence.

The cabinet meeting was told that a committee formed by the prime minister on the power outage had started functioning which would furnish a comprehensive report after deliberating over all the factors.

Minister for Power Engineer Khurram Dastgir told the meeting that, as per the initial report, the power supply tripped at 0734 hours on Monday, due to a technical fault, voltage fluctuation, and frequency disruption.

As per the prime minister’s directives, he said, all-out resources were used and power supply was restored in all main cities by 2200 hours.

Moreover, all major 1112 grid stations were also restored by 0500 hours on Tuesday morning to ensure power supply to the consumers.

It was told that except the nuclear and coal power plants, which would take another couple of days to become operational, the power generation from the rest was in progress Moreover, on the prime minister’s directives, the gas-powered power plants had also been made functional to overcome the energy shortfall.

Federal Minister for Information and Broadcasting Marriyum Aurangzeb gave a detailed briefing to the cabinet on the National Awareness and Communication Strategy for Energy Conservation under which a long-term awareness drive would be launched.

She said the Information Ministry carried out the first comprehensive survey to seek public opinion on the energy conservation, and based on its findings, it prepared an awareness drive which would focus on developing the people’s habits, lifestyle and bahaviour to conserve energy.

The ministry would also seek the support from the print, electronic and social media as well as the public opinion makers and experts for the awareness drive which would be run in collaboration with the public and private institutions, she added.

The minister said the awareness drive was aimed at guiding the citizens on the energy conservation which would not only benefit them in person but also help reduce the economic burden from the country.

The cabinet appreciated and approved the Information Ministry’s awareness drive and instructed for its early launch, also asking other ministries to extend their support.

The prime minister directed for taking the caretaker governments of Punjab and Khyber Pakhtunkhwa into confidence on the energy conservation plans to ensure their effective implementation.

A comprehensive report of the inter-ministerial committee on Toshakhana was presented to the cabinet, besides a draft of the new Toshakhana policy. The cabinet members put forward their suggestions on the committee’s recommendations as well as the draft policy.

The prime minister asked the inter-ministerial committee to re-submit its report in the next cabinet meeting after incorporating the members’ suggestions.

The cabinet also endorsed the Economic Coordination Committee’s decisions taken in its meetings of January 3 and 11, as well as those of the Cabinet Committee for Disposal of Legislative Cases taken on January 6, 2023.