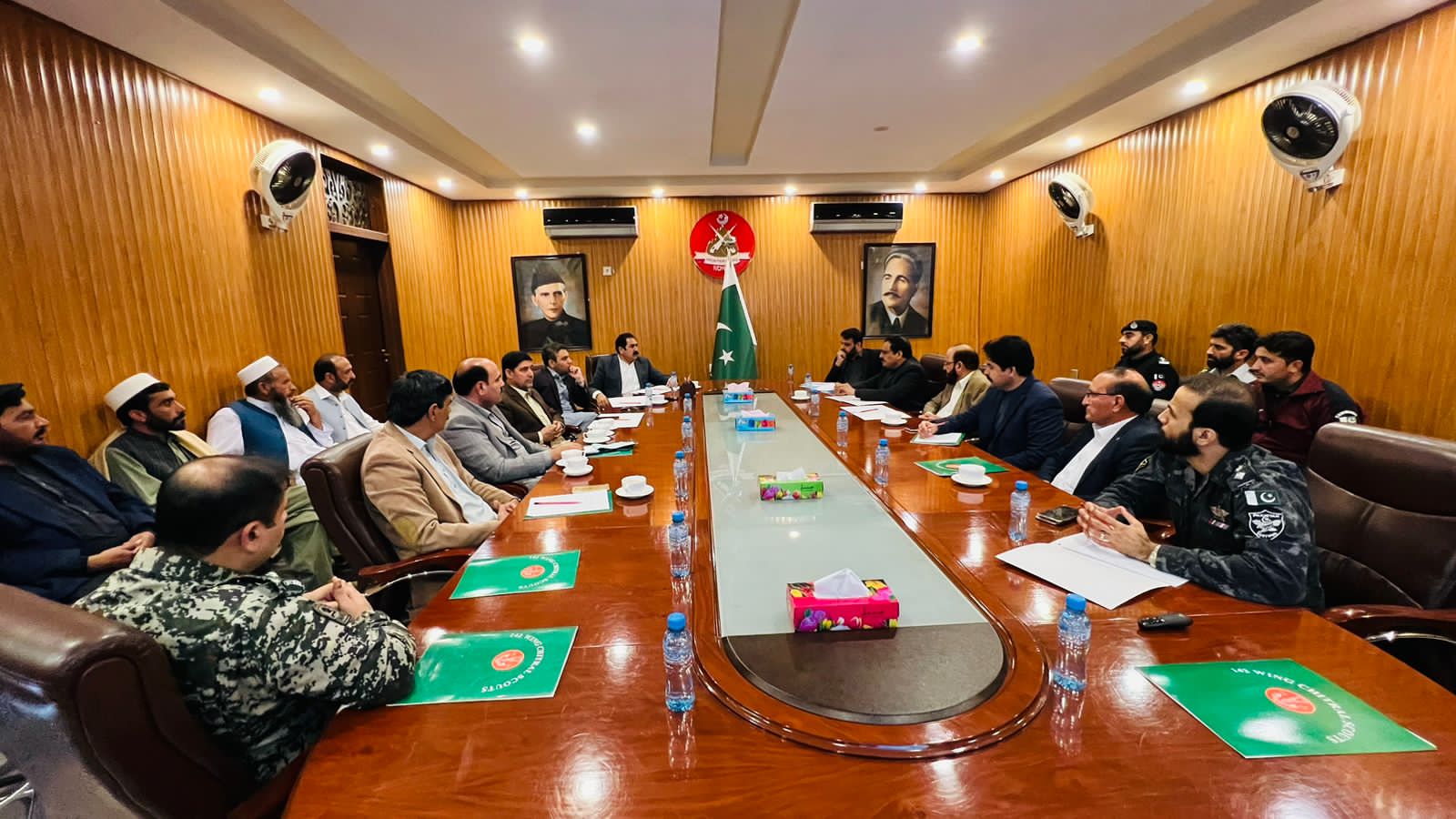 Islamabad, Federal Minister for Overseas Pakistanis and Human Resource Development Sajid Hussain Turi on Wednesday visited the Pakistan-Afghanistan border at Torkham, District Khyber where he was briefed in a meeting about matters related to import, export, trade opportunities, humanitarian relief, e-visa, the border situation and others.
The meeting was attended by officials of the FIA, ANF, NLC, FIA, Nadra, FC, customs and border management. Minister was also briefed on the humanitarian relief, Pakistan is providing to brotherly Afghans visiting Pakistan. Member of Provincial Assembly Bilawal Afridi also accompanied Federal Minister during the visit.

On this occasion, the Sajid Hussain said Pakistan had always desired sustainable peace in the region to promote trade and stability. He emphasized on facilitating cross-border trade, promoting economic activities so that the standard of living of the people on both sides of the border could be elevated which is in the interest of both the countries. He said that full facilities should be provided to the patients coming to Pakistan for treatment and polio drops must be administered to the children.
The minister advised the authorities to support local population’s engagement in the cross-border trade and maximum employment opportunities should be given to them.
Minister stressed the authorities to take measures for the safety and welfare of labourers engaged in loading and uploading at the border. He said that all such workers will be registered with the Employees Old Age Benefit Institution, Workers Welfare Fund and Workers Welfare Board so that they can get all the benefits and provide better health and education facilities to their children. Minister appreciated officials for their efforts and border management.
Sajid Turi said that efforts are also underway to provide best facilities and welfare by EOBI, WWF and WWB to the labours of newly merged districts (former FATA). He said that he assures his full support to labours and locals of district Khyber under the visionary leadership of Chairman, Bilawal Bhutto Zardari.

Federal Minister Sajid Hussain Turi also held a public hearing in Jamrud and heard the problems of the local community, political leadership, industrial and trade unions representatives and assured that he would convey their grievances to the Prime Minister, his party Chairman Bilawal Bhutto Zardari and concerned authorities. He said that after the merger of FATA, people are facing numerous problems and it is the responsibility of the government to redress their grievances so as to speed up the process of bringing these areas into the mainstream of the country. He said that he assures all possible support to provide better facilities to the laborers of Khyber and people working abroad, especially through the Ministry of Overseas Pakistanis and Human Resource Development and its related departments.