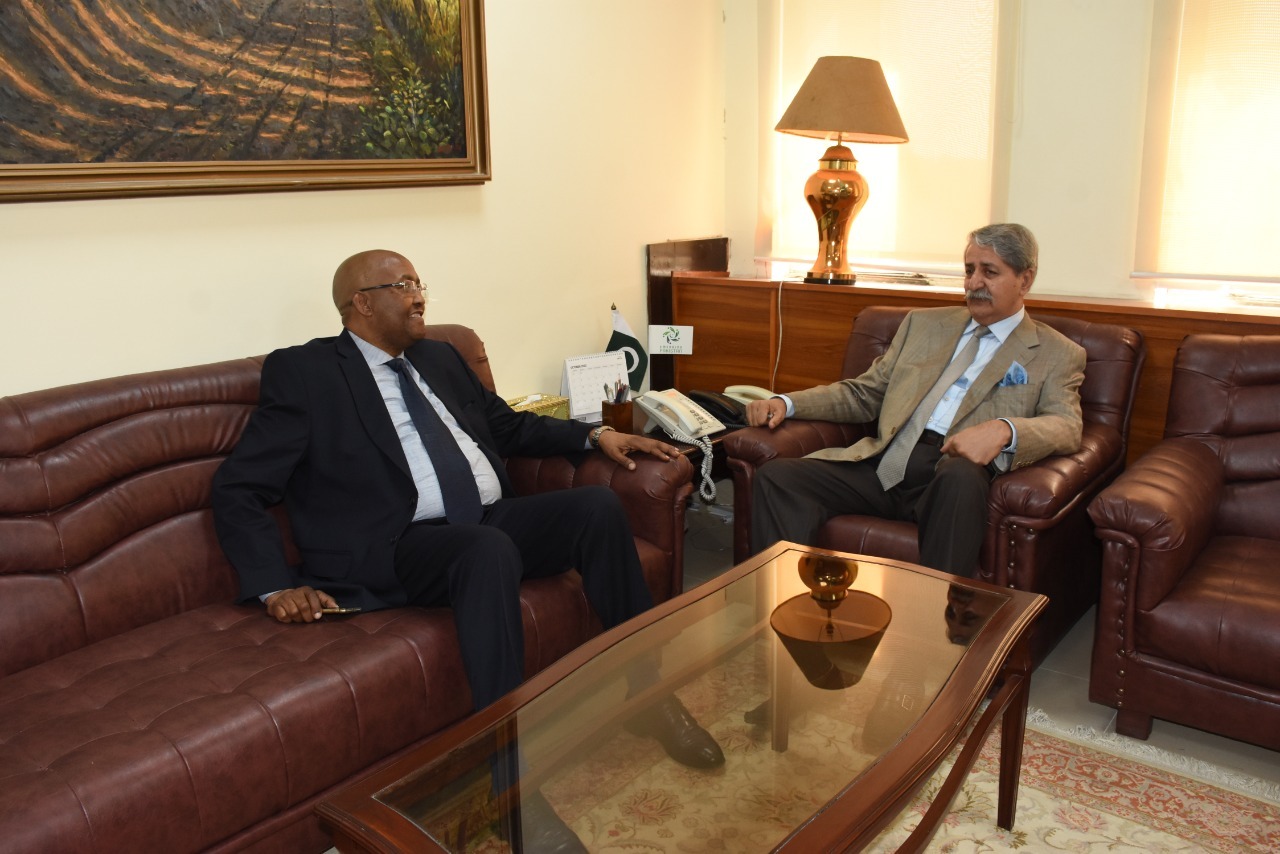 In this connection, Federal Minister for Commerce Syed Naveed Qamar held a meeting with High Commissioner of South Africa to Pakistan Mr. M Madikiza at Ministry of Commerce here on Tuesday.

Around 130 companies will be exhibiting their products in single country exhibition.

Officials and business persons from 16 member states of South African Development Community (SADC) have been invited to participate in the conference.

The conference will also be attended by dignitaries from South Africa including the Minister for Trade & Industry, who had been invited as chief guest.

Highlighting the importance of Look Africa Initiative launched in 2017, the Syed Naveed Qamar weighted the significance of the relations with South Africa.

He also observed that total trade stood at $2074.72 million during (July-June ) 2021- 22 out of which exports amounted to $238.82 million and imports from South Africa stood at $ 1835.90 million, which did not match the actual potential of trade between the countries.

Naveed Qamar felt that there were dire need to rationalize the things and find out direct ways to exchange the goods to save time and money if it was apropos.

The two sides concurred to work together to improve bilateral trade relations.