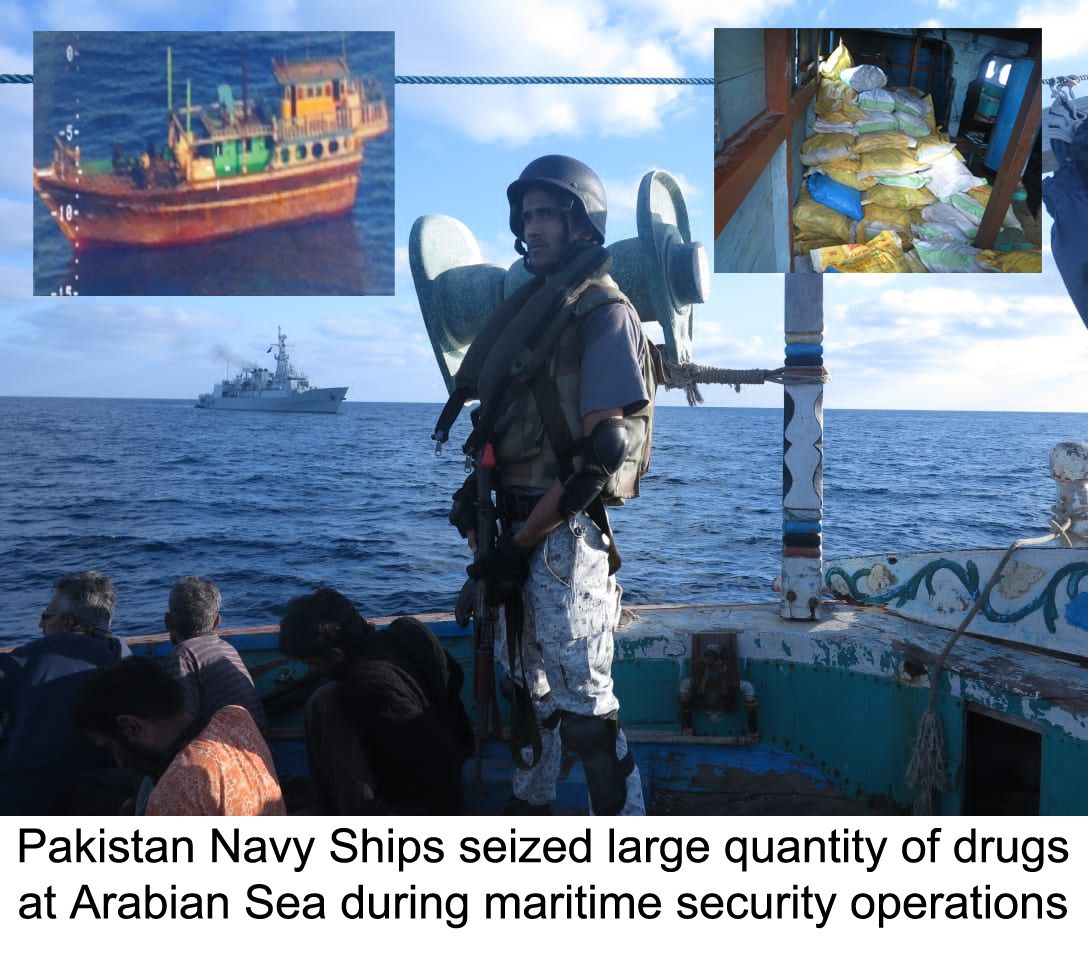 Pakistan Navy continues to demonstrate our National resolve to deter, dissuade, discourage and thwart any illicit activities along the strategically important water ways in Arabian Sea. In a recent development, successful counter narcotics operation was conducted by two Pakistan Navy Ships in Arabian Sea in which a large cache of drugs has been apprehended. While conducting Maritime Security Operations in North Arabian Sea, Naval Ships located and effectively intercepted two suspicious dhows. Upon scrutiny of these boats, large quantity of drugs that valued approximately Rs. 8.6 Billion in international market was seized. Both apprehended dhows have been handed over to Law Enforcement Agencies for further legal proceedings as per the law of land.

The successful operation by Pakistan Navy to seize huge quantity of narcotics reaffirms the resolve and commitment of PN to fulfill national and international obligations for maintaining good order at sea. Pakistan Navy is vigilant to counter any illegal activity and safeguard its maritime borders.