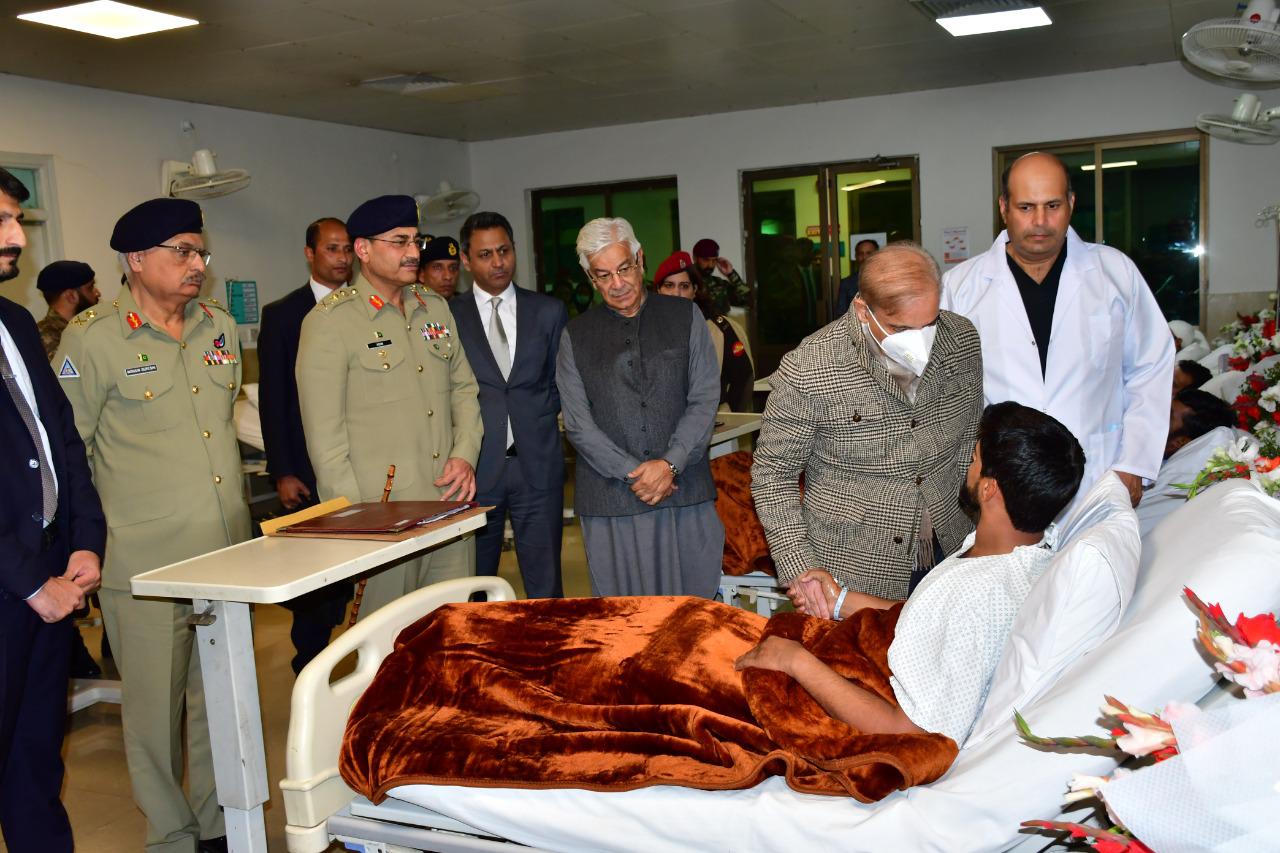 Rawalpindi, Prime Minister of Pakistan, Muhammad Shehbaz Sharif met officers and soldiers at CMH Rawalpindi who got injured during CTD complex Bannu Operation. The Prime Minister paid tribute to courage and valour of troops who cleared CTD complex Bannu. The PM said that the Martyrs and their families have rendered supreme sacrifices for ensuring safety and security of the people of Pakistan.

The Prime Minister said that we are determined to fight out terrorism in its all forms and manifestations and breaking nexus between terrorists, their supporters and sympathisers till achieving peaceful and stable environment. Writ of the state will be established at all cost and no one will be allowed to derail the hard earned gains of war on terror achieved through unparalleled sacrifices of the Nation and valiant Armed Forces , the PM said.