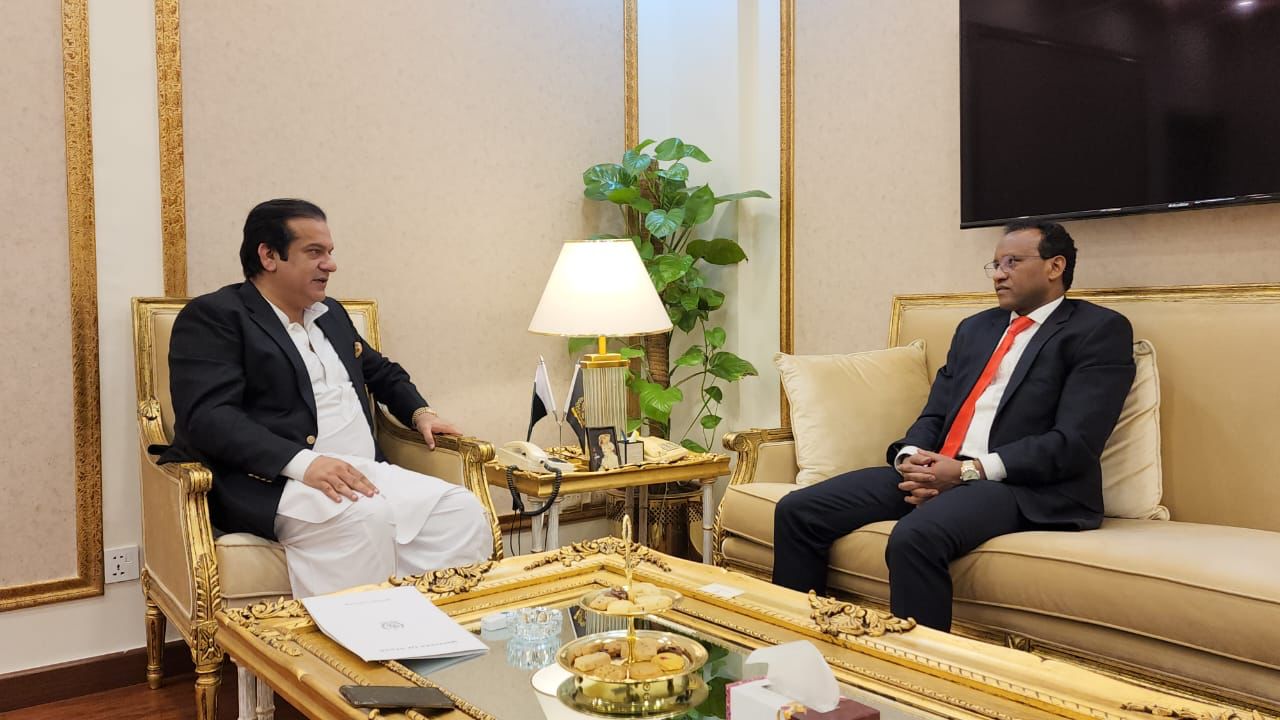 Islamabad, The Federal Democratic Republic of Ethiopia and the Islamic Republic of Pakistan have discussed various ways to develop bilateral cooperation in diverse sectors including security and counter terrorism.

The bilateral cooperation on counter terrorism and security came under discussion during a meeting between Ambassador Extraordinary and Plenipotentiary of the Federal Democratic Republic of Ethiopia to the Islamic Republic of Pakistan H.E. Jemal Beker Abdula and State Minister for Interior H.E. Abdul Rehman Khan Kanju.

Ambassador H.E. Jemal Beker Abdula eulogized the efforts of Pakistan against terrorism and said his country would look forward to learning from Pakistan’s experiences in counter terrorism.

He suggested to develop a framework between the two countries on counter terrorism. “Our military’s technology and determination against the terrorism is very high, but we still want cooperation in this sector,” he added.

The ambassador said Pakistan and Ethiopia needed to work together closely as there were a lot of challenges in the 21st century.

He said there was a dire need to create a platform to promote south-south cooperation for betterment, progress and prosperity of our people. “It is the only option we have in this 21st century and we have seen what happened to Pakistan in the wake of climate change that triggered flash floods in the recent past,” H.E. Jemal Beker maintained.
The ambassador said he had visited the flood affectees camps in Sindh after the flash floods to share their pain and grief. “Pakistan will not be left alone in this climate fiasco as my government is ready to share its experiences in averting the impacts of climate change.”

He said Prime Minister of Ethiopia H.E. Dr. Abiy Ali Ahmed launched a green legacy promgramme which brought green revolution in his country. “We have planted 25 billion seedlings in the last four years to address the climate related issues,” he added.
Ambassador H.E. Jemal Beker said both the countries shared similarities in many ways and heirs of the ancient civilizations. Ethiopia had a federal system like that of Pakistan and held elections after regular intervals, he added.

He said he was amazed by political dynamism of Pakistan where democracy has been flourishing gradually. “There are a lot of areas where both the countries are needed to strengthen close cooperation such as economy, security, technology transfer and others.”

On the other hand, H.E. Abdul Rehman Khan Kanju, State Minister for Interior appreciated all rounded recent achievement of Ethiopia under the leadership of H.E. Abiy Ahmed, the Prime Minister of Ethiopia that increase the diplomatic and political leverage of Ethiopia across the globe. The minister assured the ambassador all-out support in this regard and said the Interior Ministry and the nation of Pakistan would be delighted to extend all-out assistance to Ethiopia on counter terrorism.