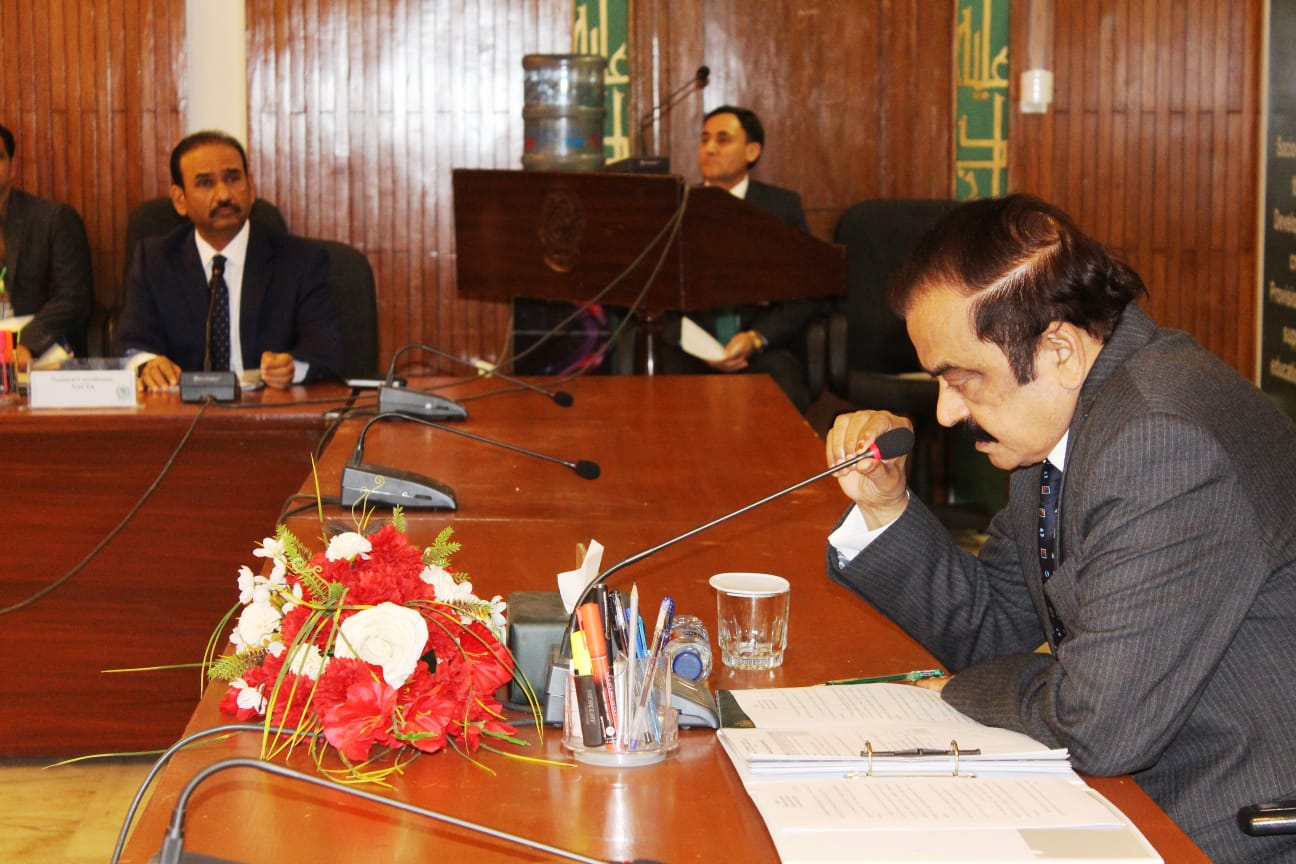 Islamabad, Federal Minister for Interior, Rana Sanaullah Khan chaired NACTA’s 3rd Board of Governors meeting here today on 08th December, 2022 at Islamabad. The National Coordinator NACTA, Muhammad Tahir Rai briefed the Board about structure and Functions of NACTA. All administrative and financial proposals submitted by the National Coordinator NACTA, were discussed in detail and approved unanimously by all the Members of the Board.

While addressing the Board Members, Federal Minister for Interior expressed his satisfaction over NACTA’s performance in countering extremism and terrorism. Honorable Minister emphasized that NACTA has to play a key role in formulating data driven policies and strategies to support law enforcement agencies in defeating terrorism. “NACTA need to revamp its structure and functions for effectively playing its due role”, he added. Federal Minister appreciated the coordinated efforts of NACTA for Countering Financing for Terrorism in the context of Pakistan’s recent removal from FATF’s Grey List.

Earlier, the honorable Minister stressed upon the need to make preparations of highest level, as there is resurgence of terrorism on the western borders. “Unfortunately, this region has been in a conflict zone for the last 40 years”, he added. Federal Minister, at his concluding remarks, assured his and government’s all support to NACTA in terms of funds and legislation. Whole of the nation approach at federal level can defeat terrorism comprehensively. The NACTA shall play leading role in it.