The current political situation of Pakistan and the importance of Prince Muhammad bin Salman’s visit. 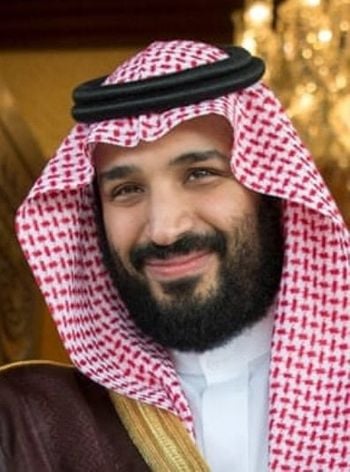 There are some countries in the world who want Pakistan to remain unstable or chaotic. There are also some countries who are friends of Pakistan and want its good. One of them is Saudi Arabia, the Crown Prince of Saudi Arabia is coming on a visit to Pakistan. His two-day visit will start from November 21 this month. There are many talks about this visit. If you see, this visit is very important.

The current political situation in Pakistan may not require this visit, if this visit is seen from two or three angles, surely Saudi Arabia is a brother country of Pakistan and it has always helped Pakistan and as far as Saudi Arabia is concerned, Pakistan has a lot of contributions in it and especially our immigrants who are there have a lot of contribution in the development of Saudi Arabia,This relationship is based on mutually beneficial relations and it has very strong ties.

Saudi Arabia as we all know that it also wants to invest in Pakistan, It will definitely pose threats, what are the conditions going to be in Pakistan next, we know that when the government of Imran Khan came, Imran Khan went to Saudi Arabia and after that Muhammad bin Salman also came to Pakistan and we had a very strong relationship with him, later because of the Kuala Lumpur Summit and there was a little misunderstanding in the Kashmir issue, but later when the new government came Shahbaz Sharif also went to Saudi Arabia and met with Muhammad Bin Salman. We all know that Muhammad Bin Salman has also met with the Army Chief and the Army Chief has also been visiting Saudi Arabia. Muhammad Bin Salman has a special relationship with all these personalities. This visit will be helpful in increasing bilateral relations because Saudi Arabia wants to invest 10 to 20 billion dollars in Pakistan, especially the oil refinery that will be built in Gwadar and to improve Pakistan and Saudi Arabia relations further.

MBS also wanted to know how Pakistan can contribute to Muhammad bin Salman’s Vision 2030 because Pakistan has a lot of potential in terms of software and information technology, We can cooperate with Saudi Arabia somewhere and can play our role, this will also be a reason for him to come to Pakistan.

One of the reasons for Muhammad bin Salman’s visit will be that Muhammad bin Salman also has relations with Imran Khan and appreciates each other and the Saudi royal family has a special relationship with the Sharif family, so Muhammad bin Salman will think that he can play a positive role in Pakistan, which is currently in a political crisis. It is possible that he may be coming to Pakistan for this reason. Maybe that’s why we are seeing that the name of the new army chief is not announced yet and one of the reasons is the visit of Muhammad Bin Salman. The appointment of the new chief will be after the visit of Mohammed bin Salman and then it is also to be seen how to bring Imran Khan and PDM on the same page especially regarding the date of election and then the caretaker setup. It should be said that no country wants to interfere in its internal matters, but when this kind of situation happens then person who has the trust of everyone, if he plays a positive role, then there is nothing wrong with it, it is an improvement for our country, so the visit of Muhammad bin Salman should also be seen in this sense.

Another thing is that Saudi Arabia has expressed its interest to join the Shanghai Corporation Organization, so there can be a discussion in this regard, and then the situation in our region, in Afghanistan and our relations with India are also not good because of Kashmir issue, these issues will also be discussed, then changes are coming around the world, especially OPEC reduced oil production to two billions per barrels, because of this, there has been a lot of strain on the relationship between Saudi Arabia and the United States because they believe that they are directly helping Russia.

I hope that when Muhammad bin Salman comes to Pakistan, not only relations will improve, but he will play whatever role he can.

This person is Islamabad based journalist in pakistan and can be contacted on hamzakhawaja793@gmail.com