Ambassador of the Islamic Republic of Iran to Pakistan H.E. Seyed Mohammad Ali Hosseini called on Federal Minister for Finance. 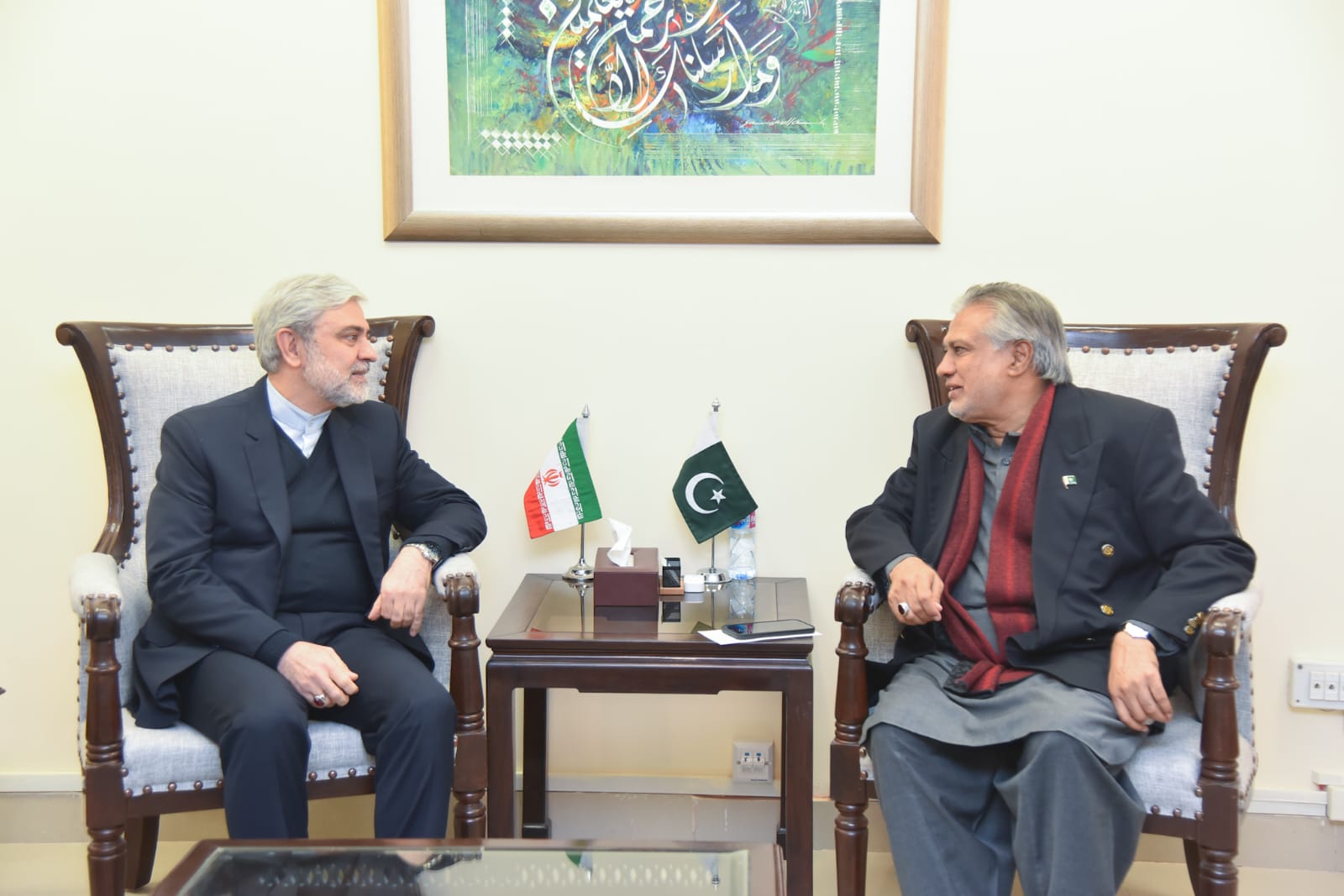 Finance Minister Senator Ishaq Dar welcomed the Ambassador and highlighted deep rooted cordial and fraternal relations between Pakistan and Iran based on centuries old religious and cultural affinities. The Finance Minister emphasized that Pakistan always highly values its brotherly relations with its neighboring country. The Finance Minister further said that the current trade volume between the two countries is not at the optimal level. Pakistan is committed to take all possible measures for resolving the bottlenecks for significantly augmenting the bilateral trade volume between the two countries.

Ambassador Seyed Mohammad Ali Hosseini extended felicitations to the Finance Minister on assuming the charge of Finance Ministry and appreciated the economic policies of the Government. He also underscored the deep rooted historical cultural, economic, trade and political bilateral relations between the two countries and discussed various avenues for enhancing fraternal relations. He further stressed that the two countries have great potential for extensive collaboration in the fields of energy, trade and other areas.

The meeting also discussed opening of border markets, barter trade, free trade agreement and mutual investment to enhance the volume of trade between the two countries.

The Finance Minister and the Iranian Ambassador expressed their satisfaction on mutual bilateral relations and showed keen intention for enhancing collaboration in various areas of common interest.