Visit of the Minister of State for Foreign Affairs to Afghanistan. 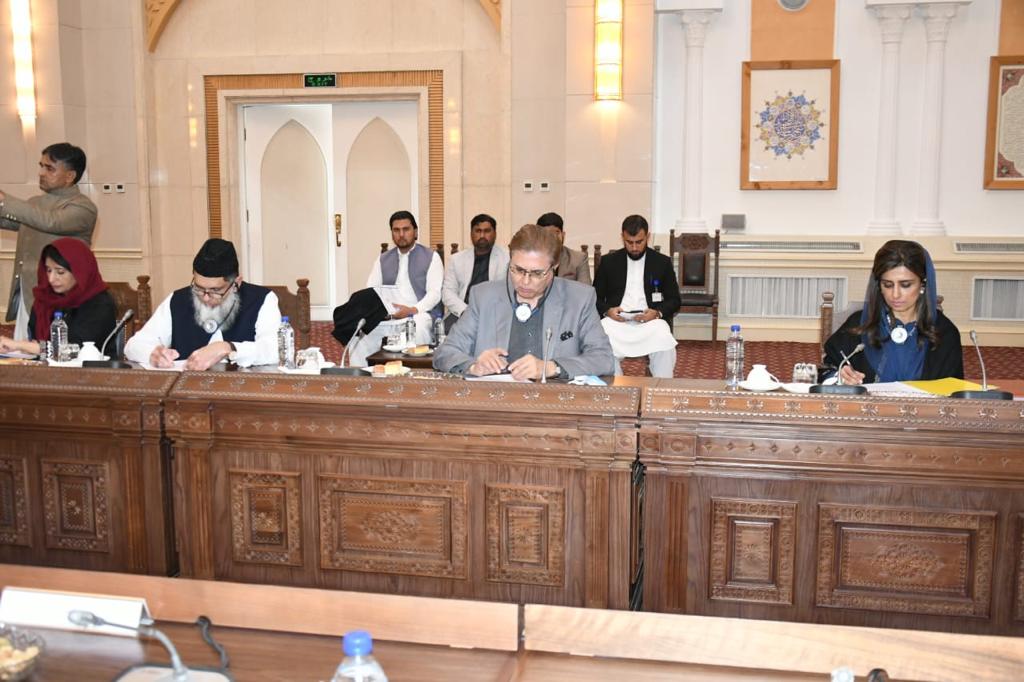 During these meetings, a range of bilateral issues of common interest including cooperation in education, health, agriculture, trade and investment, regional connectivity, people-to-people contacts and socioeconomic projects were discussed.

In her engagements, the Minister of State reaffirmed Pakistan’s commitment to peaceful, stable, prosperous and connected Afghanistan. She reiterated Pakistan’s resolve to further deepen and strengthen multifaceted ties between the two countries and build an enduring partnership for shared prosperity.

The Minister of State underscored the imperatives for the international community to practically engage with the Interim Afghan Government to help Afghanistan address the dire humanitarian situation and the challenges of reconstruction and socio-economic development. She also stressed that the unfreezing of Afghanistan’s financial assets would contribute to this end.

Recalling the immutable bonds of geography, history, culture and language, the two sides agreed on the significance of sustained bilateral political dialogue and the vital role of institutional mechanisms to advance the myriad tracks of Pakistan-Afghanistan relations.

The two sides also emphasized the importance of Afghanistan as a land bridge between Central Asia and South Asia and its pivotal role in promoting regional connectivity including through transportation links and mega energy projects such as TAPI and CASA-1000.

The two sides discussed matters related to enhanced regional security with mutual cooperation, including in countering terrorism, and issues and policies which would impact the interim Government’s engagement with the international community.

The Minister of State held a luncheon meeting with representatives of the Women Chamber of Commerce. She emphasized the important role of women in Afghan society and expressed Pakistan’s keen desire to strengthen linkages between women entrepreneurs of Pakistan and Afghanistan. She announced that Pakistan would give special preference to import of products produced by businesses run by Afghan women.

Today’s visit of the Minister of State was a manifestation of the high importance Pakistan attaches to its longstanding fraternal relationship with Afghanistan.